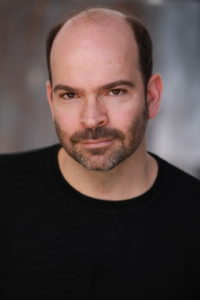 Talented character actor Matt Burke will add the role of football coach to his resume after booking the feature film Fear Street.

Based on R.L. Stine’s book series, the first of which was released in 1989, the story is set in the fictionalized city of Shadyside and revolves around teenagers who face malevolent and sometimes paranormal opponents. Chernin Entertainment is producing the pics, with Jason Young overseeing the project for Fox.