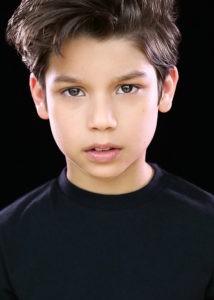 KD Talent Management is beyond proud to announce that Evan Whitten will be part of the cast for Mr. Robot in the show’s fourth season. Due to the show’s secretive nature,  we can only reveal that Evan will be playing the role of Young Elliot. The series’ lead role of Older Elliot is played by 2019 Academy Award winner in the Best Actor category, Rami Malek.