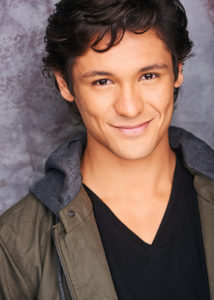 Congratulations to David Meza for his recent booking of a leading role in the feature film, Crazed. After auditioning for Pemrick Fronk Casting a few times for other projects, Dean Fronk immediately thought of David with his boyish charm and good looks for the role of Rob. Producers are currently tight lipped about the film’s release date, but we will let you know when David premieres in the film later this year.