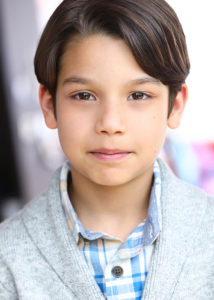 We are pleased to announce that Evan Whitten has joined the cast of a new FOX Television pilot, neXT. Evan will play the role of Owen Salazar.

The show is described as a fact-based thriller grounded in the latest A.I. research. It features a brilliant but paranoid former tech CEO who joins a Homeland Cybersecurity Agent and her team to stop the world’s first artificial intelligence crisis: the emergence of a rogue AI with the ability to continuously improve itself.

Manny Coto, who previously worked on Fox shows like “24” and “24: Legacy,” will write and executive produce neXt. John Requa and Glenn Ficarra will executive produce and co-direct the pilot under their Zaftig Films banner. Charlie Gogolak will also executive produce. 20th Century Fox Television will produce.